Game of Thrones Season 7, the chink in the amour

Here’s an analysis of the latest episode of Game of Thrones. It should go without saying that this is riddled with spoilers. If you aren’t up to date (Season 8, Episode 5) then please hold off reading this until you have caught up.

Like many, I was frustrated by the end of Game of Thrones Season 8 episode 5, The Bells. In my opinion, the biggest problem with the episode was the series' inability to properly establish Daenerys’ motivations. What's interesting is that I think this points to Season 7 as the source of the problem. While there were lots of ridiculous and annoying things in the episode, for the most part I thought the main point was well-handled. Daenerys succumbing to her Targaryen nature and the cost exacted from the Westerosis was beautiful and appalling, it just came out of left field.

I want to focus on my favourite scene from the episode, which was the suspense leading up to the ringing of the titular bells. It was a great change of pace, marking a transition from the comic book fighting that came before to the horrific slaughter that followed. More importantly, it was a huge point of tension. We knew Cersei had ordered them not to surrender, she embodied a desire for the bells not to be rung. We thought everyone else wanted the bells to be rung. There was a hint that Dany was out for blood and would have been happy to carry on fighting, but the cuts between Cersei and Dany seemed to represent cutting between the perspectives of surrender and conflict and it felt like everything each of them had worked for led up to that point. We have two powerful rulers with opposing views and the outcome now rests not with their own power, but with the projection of their power. The actions of their subjects. Will the proletariat ring the bells and give victory (and the Iron Throne) to Dany, or will they press the fight and force Dany to sacrifice her principles to obtain power by requiring the continued slaughter of the people of King's Landing as the price of rule.

Amazing stuff. This is what GRRM's Game of Thrones is all about. Leaders come and go, machinate, betray, outwit and outmanoeuvre, but the stories were great at showing what that meant for the people of Westeros instead of being a soap opera about the rulers.

I absolutely did not see the ensuing slaughter coming. It's great to be surprised and I think the content that follows was powerful stuff, but it doesn't land properly because it lacks emotional impact beyond our empathy for the population of King's Landing. This is made most obvious by the frustration that this has come out of the blue. Dany (the breaker of chains, protector of the realm) has explicitly and inexplicably turned her back on tens of hours of established character behaviour so it's difficult to understand her motivations. On the surface it means the action feels "silly", because if the protagonists aren't behaving like real people then their actions don't feel real. The awful violence that follows feels cartoonish on an emotional level despite the outstanding cinematography.

More subtly, the episode misses the opportunity to place the audience in a position of empathising with Dany while she does something abhorrent, a powerful tool in TV-making. If the characters behave consistently and have clear motivations then we will be able understand their position and actions, which means we can relate to them. If the story can make us believe someone is right, our relationship with that character will make us root for them. If they then do something awful without straying from the behaviour we'd expect from them then the audience have been made to feel like that behaviour is their own. In this case that would have added our own guilt to the emotional carnage that ensued.

I maintain that Dany’s story in this episode was undermined by two of Season 7’s failings.

Season 7 was about Dany's arrival in Westeros and the Night King breaking through the wall. There's were lots of missed opportunities to better tie these together (ice & fire!) but let's talk about Dany's story.

Dany and her brother were brought up on stories of their destiny as Targaryen rulers, the glory of their ancestors and how the people longed for Targaryen rule. In contrast to that, Dany had a difficult childhood in hiding and was then sold as a sex slave to Khal Drogo. She overcomes this position largely through the strength of her belief, a belief is continually reinforced as the story unfolds. She follows her beliefs, freeing the slaves that she feels a connection to and basking in their adoration. Daenerys firmly believes that she is destined to rule and as far as she can tell everyone else thinks the same as she does.

But the Westerosis are not slaves, and they are war-weary after the war of the 5 kings. On top of that, Winter is arriving and there's the abstract threat of the undead to the North. In Season 7 we are shown battle-planning between the main characters and huge CGI fights with dragons burning armies. We were not shown Dany failing to get the reaction she is accustomed to from the Westerosi proletariat, who don't give two hoots about her or her name. They're hungry, cold and tired. We were not shown the cost to her psyche as she is forced to re-evaluate her worldview when reality doesn't match what she expects. It is established that she is a woman of unyielding fierce beliefs so this would have been a natural character arc for her. Instead of attacking the Lannister army with CGI dragons and sending her armies to Highgarden too late, it would have been great to see her conquer some of the smaller settlements around Dragonstone to consolidate her position, echoing her earlier decision to first “learn to rule” across the sea. I'd expect to see her waiting for the adoration of the commoners and be found wanting. They either don't care who's currently ruling, remember the last Targaryens and treat her with suspicion, or treat her with outright hostility as the yet another conqueror.

With her self-image shattering, the seeds would be sown for Season 8 to show the decline of her mental stability. It would have also left her vulnerable, which would open up the opportunity to actually show her falling in love during Season 7. For her to have fallen for Jon is at odds with her personality thus far. Since Drogo’s death we’ve seen her take lovers and cast them aside without second thoughts. The show needed to convince us that this time it is different. If she saw Jon as the embodiment of the Westerosi adoration she so craved as well as a practical tool for establishing her power in the North, there's an interesting story to be told between the two of them. As she begins to break down as a ruler she invests her emotional energy in him and through him discovers true love between two equals for the first time. Rather than through subservience (as with Khal Drogo) or as a Queen and her Subject (in her subsequent dalliances), Jon is a fellow ruler that understands her and the pressures of her life. In this way Jon is her safety net while her beliefs crash down around her. In return, Dany fills the hole in Jon's life left by Ygritte’s death. This leads really neatly into Jon pledging fealty to her against his best wishes because he doesn't want to repeat the way he betrayed Ygritte's trust.

Now these two characters are so tightly bound together that the cliffhanger confirmation that Jon is the true ruler isn't just an interesting piece of trivia. It's a weapon for splitting those two up and it's obvious to us that Jon is one of the key threads holding Dany together in this hostile land.

Even without changes to the episode, I think fixing Season 7 would improve it immeasurably.

Let's go back to that scene with the bells. Now, as we cut between Cersei and Dany there's a lot more at stake. Dany craves the throne and Cersei refuses to give it up. We genuinely believe Dany is capable of at least torching the entire red keep (also full of civilians, we are told) to destroy Cersei, but we can see that the events that have led her here are not her fault. We feel for her and want things to go her way for a change. We are longing for the bells to start ringing to spare our heroine the burden of slaughter. When she takes flight and the carnage begins begins we know Daenerys has fallen and we understand why. Instead of frustration at what is happening, we can mourn the passing of the character we knew while the appalling violence plays out.

It’s worth pointing out that I haven't had to pull any of this out of thin air. In the earlier seasons we’re given ample opportunity to see that Daenerys is a loose canon, liable to go on a killing spree. However, the targets of her ire up to now have always been the ruling classes and individuals that are against her (e.g. betrayals). We needed to see the transference of these tendencies onto the population of Westeros. In Season 7, we do get a scene along the right lines when Sam Tarly's Dad and Brother reject her rule. It doesn't work because it's not given enough time, but more importantly they are Lords. She doesn't care about the aristocracy, she wants the people to adore her. The people are Daenerys’ weakness but the show’s focus on main characters denies her character the chance to properly develop.

Season 8 does the right things. We see her lose Jon to the truth of his heritage and we see her develop a paranoia that drives a wedge between her and her advisors as the truth spreads. We also see the brutal execution of her trusted friend and long-time associate, Missandei. Abandoned and alone, we should be able to feel Dany’s pain. Her finding Jon and then losing him is there as well, it's just not properly developed for either of them.

With fans up in arms and petitioning for a remake of Season 8 I think they should be looking a little further back. A remade final season would be a castle built on sand without fixes to the supporting developments in earlier seasons.

It's easy to love Game of Thrones but for me, Season 7 is the chink in the amour. 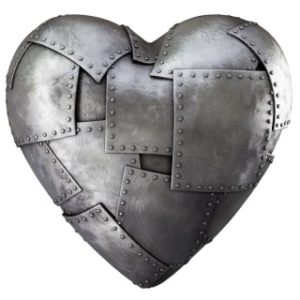